The article was co-written with Zoee Toh and was published on Azorii, a San Diego-based fashion magazine, on January 2019 for NYFW 2019. 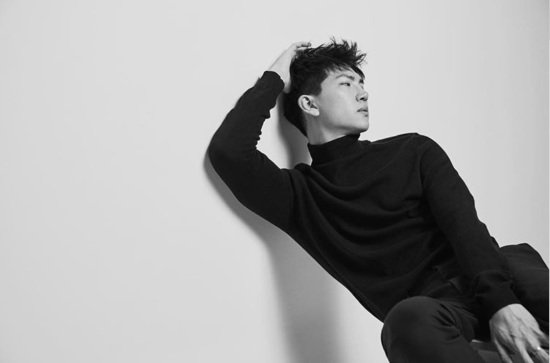 Anything that borders unconventional is bound to cause stirring amongst some of the more traditional and conservative minds in Singapore – she is, after all, a Southeast Asian country deeply rooted in Asian traditions. Jasper Goh, the founder of Singaporean menswear label “The Authority”,  however, is more set on opening people’s minds. Following the success of a 2018 controversial gay short film, he is using each collection to audaciously challenge the very definition of Asian masculinity.

It’s 2019, the notion of gender has long been discarded, along with the styles and fashions that come as norms with them. Yet, we find little to no colorful suits or occasion wear for men that do not also come attached with the label of too “garish” or too “loud”. From being designers of the official tees for Pink Dot (Singapore’s very own LGBTQ protest) to producing a short film on the pureness of love, Singaporean menswear label The Authority has more than dipped their toes in the pool of breaking boundaries.

To speak to The Authority’s founder, Jasper Goh, is to entertain the possibility of the unexpected. He has a quiet and perhaps a seemingly austere-looking demeanour, yet his works at his flagship store in Singapore boast a certain level of friskiness. His Spring’19 collection is one of them. The collection, which ties in with the forthcoming Lunar New Year, features some of his creative eccentricity through innovative pocket-play and clean silhouettes.

In doing so, the team behind the four-year-old company constantly redefines “fashion for men”, often with pieces that are imbued with a mesh of boldness and softness.

Comfort and open-mindedness are also themes behind the 30-year-old’s design concepts. And indeed, upon stepping into the store, we are greeted with a colorful sight of structured pieces that put us at ease. It’s impressive to peddle such a bold range of colors to the millennial male without turning them off, but The Authority seems to do it just well with their simple yet detailed pieces. “We believe in keeping a balance of things and making a difference at the same time. Nothing too much, nothing too little,” quipped Jasper. “By keeping an oversized relaxed fit, The Authority is also able to stay relevant with the Singaporean crowd, where they have to face a hot and humid summer climate all year long.”

And staying relevant to their crowd is important for any brand and The Authority does more than just making clothes to push and redefine gender and sexuality. Just half a year ago, they worked with production house Telescope and local director Martin Hong to produce the short film, titled ‘Summerdaze’. The three minutes long film sees a gay coming-of-age story about falling in love with your straight best friend. For Jasper, it was the perfect chance to showcase the boutique’s clothes in a provocative narrative. It’s no easy feat injecting the theme of homosexuality into a film for aimed at a Singaporean audience, considering how conservative they are, but The Authority has always been an avid supporter of the LGBTQ community. “The love between two people of the same gender is definitely something that stands out in our society, but that doesn’t mean it’s any less special than the norm. It’s just like our clothes.” Something we noticed about The Authority’s models is that they all have a rather androgynous look that borderlines a rather feminine beauty. Rather than picking from the hegemonic masculine look, the folks at the boutique took it upon themselves to scroll through Instagram endlessly or pick up the courage to approach strangers on the street. When asked what cinches the model as one of the faces of the Authority, Jasper claims that it’s their eyes. “Their eyes usually have to reflect an inner, deeper soul that again reflects The Authority’s ethos – there’s more to the simple approach of what meets the eye.

Over the years, Asian menswear fashion has favoured the minimalism movement and in its stride, exploited the use of pastel colors. Of course, the forefront of it all is Japanese fast-fashion outlet, Uniqlo, whose affordable and aesthetically pleasing pieces have appealed to the majority. Alongside with the rising popularity of e-commerce, such as China’s TaoBao which is known to provide consumers with a plethora of more affordable replicas, taking the reins of consumers’ wallets, Asian menswear can be, for the lack of a better word, boring today.

Despite grappling with such wretched reality, the hands and brains behind The Authority never once stopped persevering and in a comfortable pace, continuously delivered impressive and innovative collections, including a well-received unisex collection a few years ago. Take the Spring’19 collection for instance. Featuring a warm range of basic staples Tees and statement jackets, much of the design is tailored for men who are reluctant to hand carry their lunar new year red envelopes. “Men are usually sceptical when it comes to clothing that’s out of the norm, but at The Authority we have been slowly introducing more interesting designs.” Jasper muses. ”Also, most of our customers tend to be ahead of the trend so I guess we make a good match.”

Jasper is a modern-day virtuoso. Not only does he juggle with conceptualising and spearheading the team behind The Authority, he also runs an interior design company (which probably explains why the space at The Authority is chic yet simple), a duck farm, a frozen food business, and teaches Retail and Merchandising at Temasek Polytechnic. When asked how he manages all these businesses and gigs of his, he replies sheepishly, “I am someone who gets bored easily.”

If that means we get to receive exciting content from these guys all year round, we’re glad to hear it.