Sitting across from Singaporean street photographer Lee Yik Keat, and hearing him speak about his muses and achievements seem surreal. After all, this is an unassuming young chap who looks just like any typical university student.

But the 23-year-old has yet to enrol in any university, nor does he have any intention to. 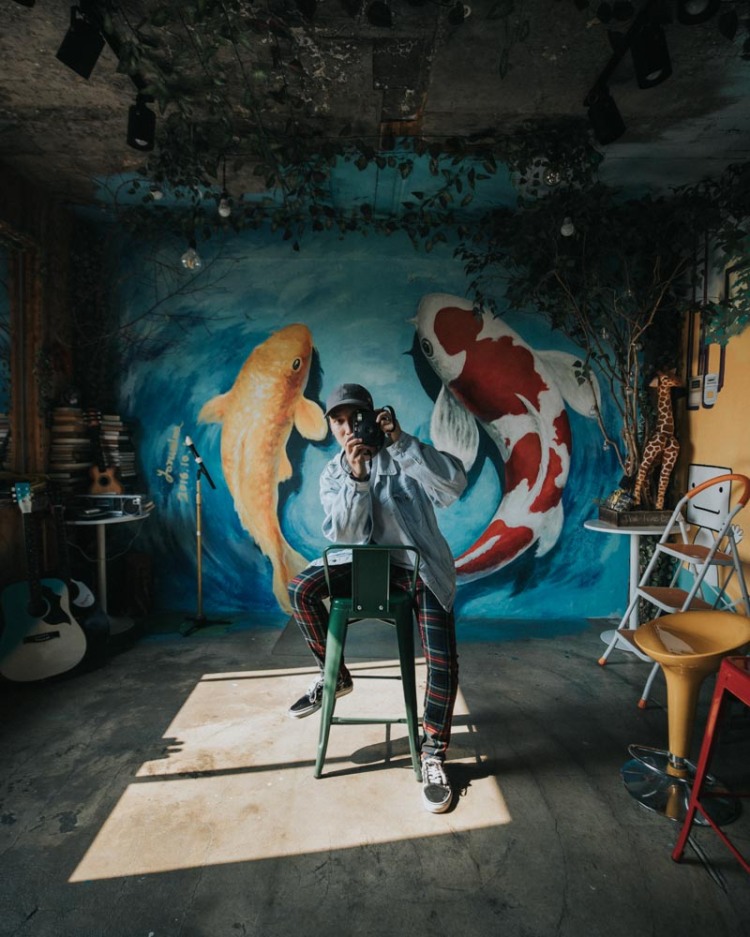 Yik Keat, who goes by @yk on Instagram, first dipped his toes into the realm of photography at a time when Instagram had yet become popular. The year was 2014 and his only equipment was the outmoded iPhone 4.

“It started out as a curiosity. Then, I would observe people taking nice pictures and posting them on social media. I tried learning from them,” he says. “This curiosity eventually grew to become a passion.” 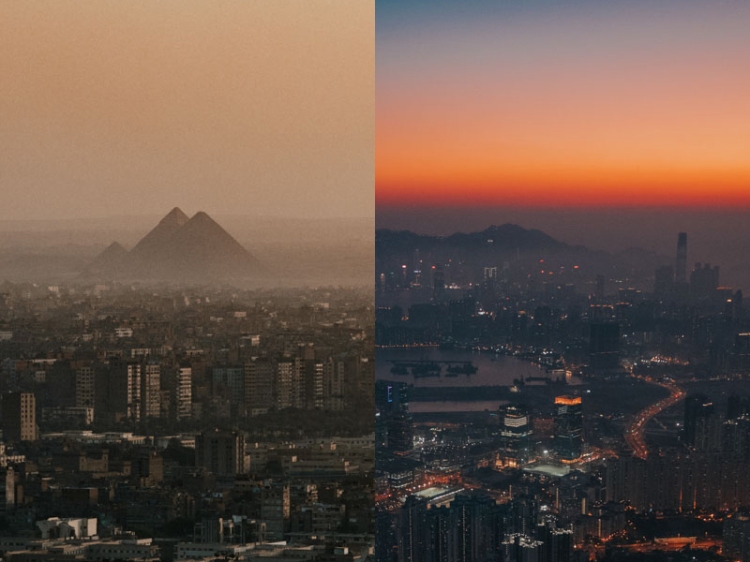 Throughout the past five years, Yik Keat has dedicated himself to the art. His meticulously curated feed brims of his escapades around the world with several impressive big-name collaborations speckled in between.

A quick scroll through his Instagram feed also highlights his flair for certain visual styles and various genres of photography, all of which are reflective of his exploration in the field and mastery of the craft. 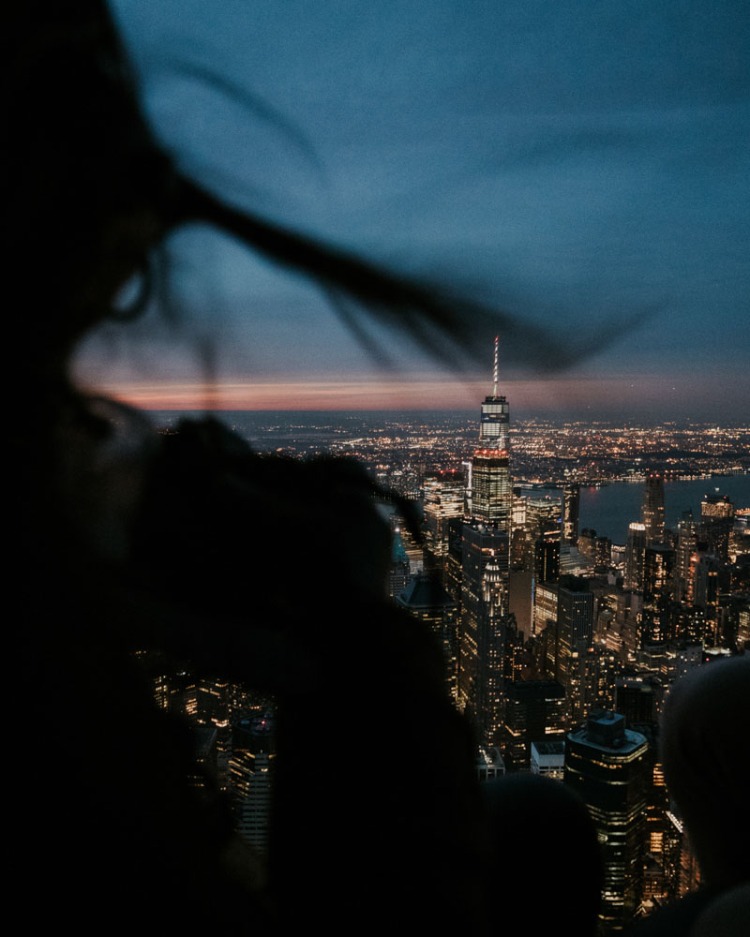 Yik Keat’s earlier days as a photographer would see him first explore minimalist, urban-architectural photography before veering into the monochromatic genre.

“Shooting in black and white kept me focused on the composition and framing of my subjects. You only have three tones to play around with — greyscale, the blacks and the whites. So it is limiting to an extent, but you have more time and creative freedom to experiment, which helped me progress in photography,” he explains.

When he moved out of the monochromatic phase, colours, he says, started exploding and he transgressed all that with images that sport neon-like hues or bright pops of colours.

Streets, for instance, became his new muse and he documented them in earnest. “I incorporated the framing and the composition part into the streets, I added colours and gradually evolved from there,” he recalls.

“Light is everything,” he adds. “Without light, your images look flat, dull and dark. An apt manipulation of light can evoke certain emotions. Harsh light can be imposing and reflect something strong about your subject, while soft light can reflect a demure characteristic of sorts.”

To date, street photography still remains Yik Keat’s favourite genre to shoot. Those in unexplored lands perhaps pose the most fun and challenging to photograph.

Weather conditions that would otherwise deter other photographers from shooting outdoors offer little deterrence to Yik Keat. He has, in many instances, embraced heavy rain and fog to get the perfect shot.

“Street photography varies across different countries and cities. I like shooting whenever it rains or fogs, it makes the subjects more interesting in the photo,” the urban lover confesses.

Even for Yik Keat, research on the location alone is insufficient; patience and willingness to explore on foot are key factors that shape the end-product of a shoot.

“When I’m at the destination, I will walk around and look for interesting compositions and framing. And I’ll wait. It’s kind of like hunting.”

With a cult following of 304K followers on Instagram and multiple media features, the self-taught photographer has also made a name for himself in Southeast Asia and beyond.

With clients that run the gamut like Mandarin Oriental Tokyo, Longines, and even Adidas, it comes as no surprise that Yik Keat has also collaborated on shoots for celebrities, such as Lauv, and photographed music festivals like ULTRA Singapore and ULTRA Japan.

Today, the Singaporean photographer continues to hone his skills to create visuals that tell powerful, relatable stories. An image — a favourite of his — in which he captured two hole-in-the-wall diners from across a narrow alleyway in Tokyo, Japan, in 2017 is a good example.

“These are two different eateries and many things are happening here. On the right, you can see someone waiting for his food; on the left, there is a chef preparing food for a customer whom you cannot see. It’s like an Easter egg hunt, you find things and these things leave you with questions,” he beams while pointing to an obscure crutch on the left.

“It’s chaotic, yet also symmetrical at the same time.”

In other words, much of the charm of Yik Keat’s images lies, very much, in his ability to meld colours, shadows and light to kindle emotions with subtlety.

Despite having already achieved so much in the past five years, the 23-year-old hasn’t quite satisfied his passion yet. He has even grander plans for the future – when he’s older, he hopes to document provocative narratives that explore the depths of human depravity in war-torn countries.

But for now, he is focused on creating new video content — comprising footage of raw voices and atmospheric sounds from his photo expeditions — for his YouTube channel. And perhaps in the not-too-distant future, he’ll make good on his resolve to create a photo book that documents his adventures on streets around the globe.

As conversations about Instagram follower counts becoming less prominent surfaced during the annual Facebook F8 conference in April 2019, changes to the metric-focused social media application may well affect the livelihood of many influencers and photographers. 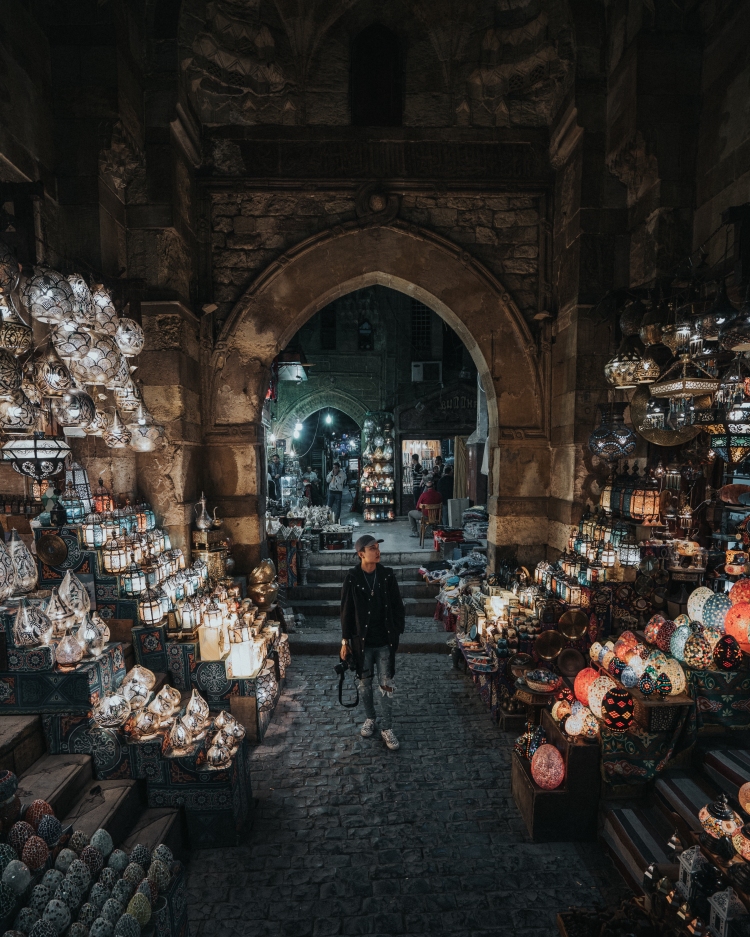 For Yik Keat, such change may beget more diversity. “There will be more organic and more artistic content churned out. For many photographers, myself included, we are judged by the engagement, so sometimes we don’t upload artsy stuff for the fear that the engagement might be bad. If Instagram removed the ‘likes’, I guess people would become more experimental and post varied content.”

But that is an issue meant to be dealt with at a later time. For now, Yik Keat will continue to hit the streets, go with the flow and see what magic there is to capture. And this, I guess, is what you call real passion.