It is a dreary Saturday evening in October. The cross-junction between Orchard Road and Cairnhill Road remains crowded and buzzy. As people mill about the vicinity, no one paid attention to 12-year-old Alan Fong as he sets up his score stand and strums his acoustic guitar. 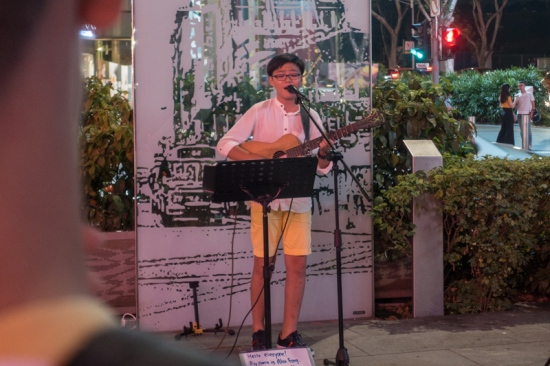 He cuts an unassuming figure in his white mandarin collar top and canary yellow shorts. But when he starts to sing, it is a presence that is hard to ignore.

“The happiness and sadness we felt while practising love. The efforts we put in has never been easy,” he sings, eyes shut, to Singaporean singer-songwriter JJ Lin’s ‘Practice Love’. “And yet, when happiness turns into tears, it is a type of bravery.” 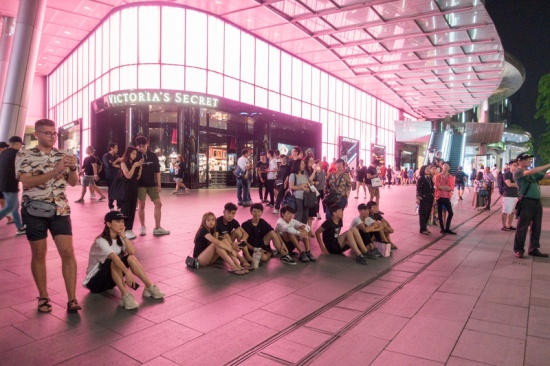 Not long after, a small crowd has gathered at the open space in front of the iconic Victoria Secret store at the corner of Mandarin gallery, completely enthralled by the young busker’s vocals. As the crowd grew, so did the number of mobile cameras directed at Alan. Like a pro, the 12-year-old smiled and turned his body to address the growing audiences, all while belting out covers of pop-classics. 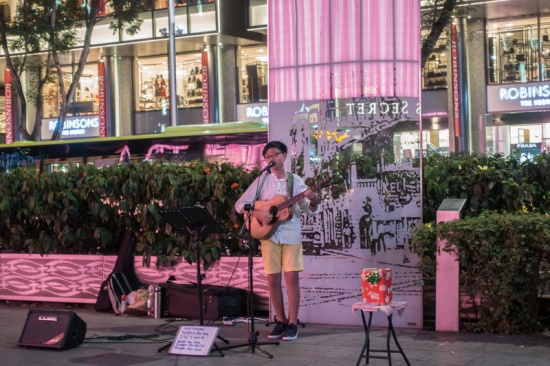 Alan, who presently holds the title of “Youngest Busker in Singapore”, has been busking legally since he was nine. A year prior, he had received a warning by the police for performing without a license. When he was applying for one, he had failed his audition as he was incognizant of the requirement to busk with at least one musical instrument. Today, the 12-year-old has since been enrolled in a music school and picked up the nuts and bolts of playing the guitar. 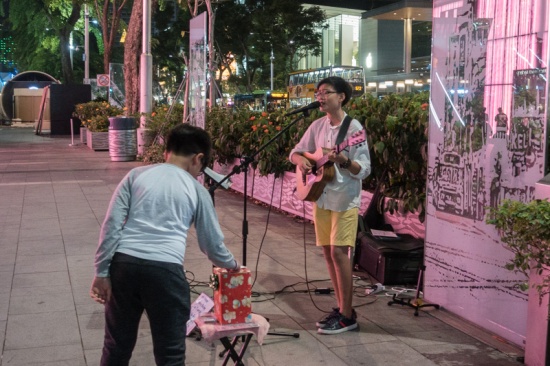 Compared to the scenes from New York (and their iconic subway buskers) and other countries, the busking scene in Singapore is still relatively young. First established some two decades ago in the 1970s, the Busking Scheme was aimed to enliven the city life and energise urban spaces. Today, there are only 80 designated busking locations islandwide and about 300 registered busker.

Beyond serenading both inconspicuous passersby and fans alike, the Bartley Secondary School secondary one student also commandeers a distinctive stage personality too.  Poised, confident and natural, Alan would often be seen interacting with his audiences in between sets, and, at times, get his audiences to suggest songs for him to cover. 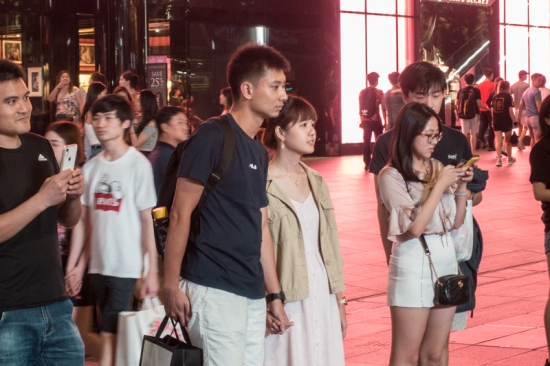 Alan is known for belting out classics from esteemed singers, the likes of Ed-Sheeran, Jay Chou, and JJ Lin. But his most promising songs are love ballads or songs that profess love. In doing so, Alan taps onto his child-like vocals to enthral audiences, and it makes absolute sense why young couples would find Alan’s renditions exceptionally endearing.

Ler Jun: Hey Alan, tell me what does busking mean to you presently?

Alan Fong: I see it as a form of practice. I just want to train my singing techniques and skills. Because different songs require different techniques and it takes time to get the hang of it. You cannot use one single technique to deal with rock songs, pop songs, or RnB. It’s essentially to practice for the future. My dream is to compete in some big singing contests in China.

LJ: What about puberty? What happens when your voice breaks in the future? Would it affect you and your passion for singing?

AF: It’s not a concern now. In fact, I might explore a new genre then or even make my own music. I’d like to see if I can make my own songs and explore more styles. 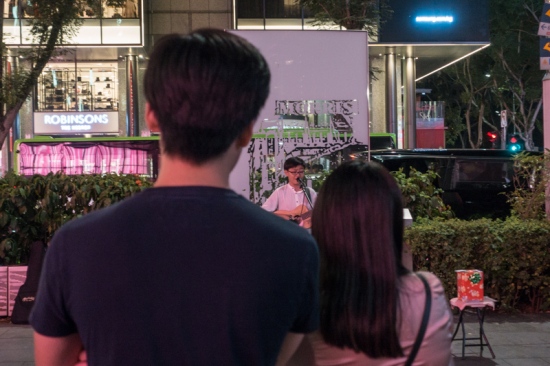 LJ: What are the difficulties you had while getting the busker certification? Does being younger pose a more difficult challenge?

LJ: What was your most memorable experience having been busking for a while now?

AF: A few years back, there was this guy. He was a tourist. I can’t remember where the incident took place, but I think it was at Dhoby Ghaut, right outside School of The Art. Yeah, I remember him because he gave me a bottle of beer. He told me that he had forgotten to bring money, but he wanted to support me in a special way. So, he brought me a beer and he just put it there. I passed the beer to my dad. 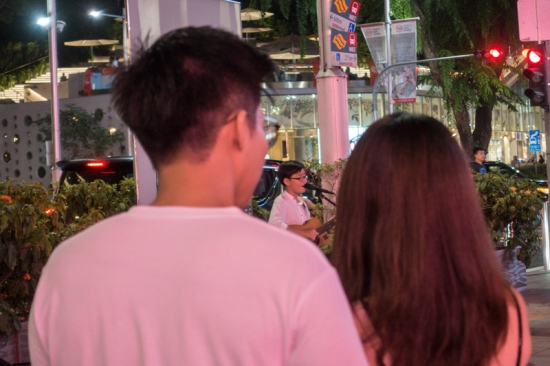 LJ: How did you know you are the “Youngest Busker in Singapore”?

AF: I actually asked the authority and The National Arts Council’s CEO then confirmed it.

LJ: What does your family think about you being the “Youngest Busker in Singapore”?

AF: They encourage and support me. They will always be there for me whenever I am busking. Sometimes, when it’s raining, they’ll help me keep my equipments. I am thankful.

LJ: What do you aspire to be when you grow up then? A professional singer? A singer-songwriter?

AF: I have actually written and composed my own music. But in the future, I hope to become a singer, but let’s not say professional. I just want to sing. 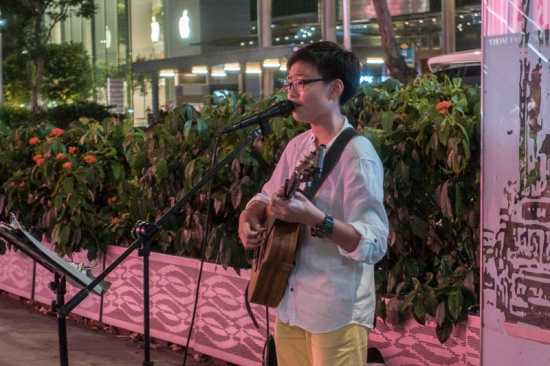 LJ: I’ve seen you perform, and I must say I love your stage presence. How do you feel when strangers sit down and listen to you while you sing and perform?

AF: Happy that I can make them happy. It’s a good feeling. There are so many people in the world and I always believe that if you are the only person that’s happy, you should spread happiness to everyone. This way, everyone gets the same amount of happiness.