This post was first published on The Compass Asia on 17 January 2019. 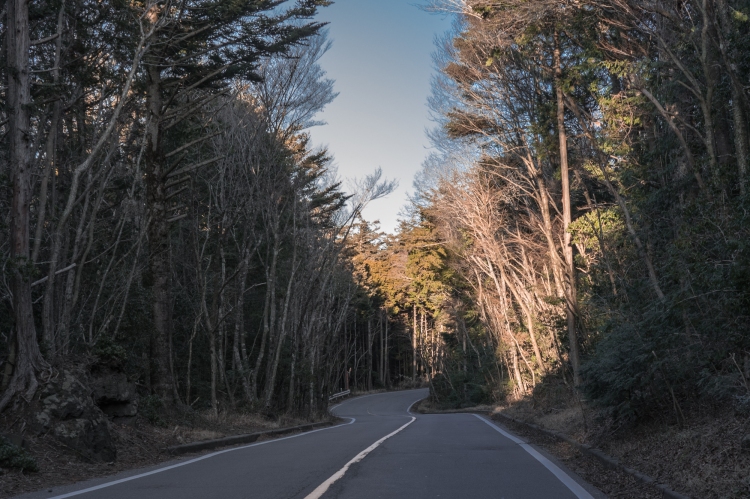 As we drove from Kawaguchiko station to highway 71, James, Damien and I continuously anticipated an official entrance to Aokigahara Jukai, the location of the infamous Suicide Forest. Yet, as the miles went on and on, there were none. Flanked by two closely-knit packets of trees, there was but a highway with two lanes. It wasn’t until we noticed an abandoned white Toyota Vitz parked alongside the road (and a quick look at the GPS) that we realized we were on the right track.

The Aokigahara Jukai (‘Sea of Trees’) in Japan is notorious for being a common ground for those seeking to end their life. In its depths, sunlight barely penetrates through its dense vegetation, with temperatures regularly dipping to a chilly four degrees Celsius. Despite its unrelenting conditions, thousands of suicidal Japanese have made their one-way trips into its dark embrace.

Disembarking our vehicle, we peeked into the abandoned car, which was clamped on one wheel. We noticed one of its windows was broken and thoroughly sealed with plastic and white tape. Squinting through a thin layer of dust, there was an empty can of beer tucked in a compartment behind the clutch, broken glass shards and a packet of pills were scattered on the passenger seat.

There is no way to ascertain if the car’s owner is still among the living today, but if he or she isn’t, these items might be related to his/her demise. Abandoned objects like these are common occurrences near and within the suicide forest. Appearing in various forms, most of these leftover trinkets are likely to be remnants of the forest’s departed pilgrims.

Stepping into the woodland, we found ourselves trudging on slippery ground ridden with dead foliage, roots and jagged rocks. Dense layers of trees surrounded us, thriving on the rich soil deposited by the last eruption of Mount Fuji. It is even rumoured that the soil’s high iron content disrupts GPS and cell-phone signals. Other than the crunching of our boots, the eerie stillness of the forest was deafening. The familiar chirp of the crickets and birds had distinctly disappeared.

There was nothing but silence.

While unemployment, social pressure, and depression make up some of the main reasons for suicide in Japan, responsibility-driven suicides (or Inseki Jisatsu) date as far back as the feudal era. Today, many suicide attempts reported in Japan involve the slitting of wrists or hanging in order to get payouts from life insurance policies to alleviate the debt incurred upon their guarantors. 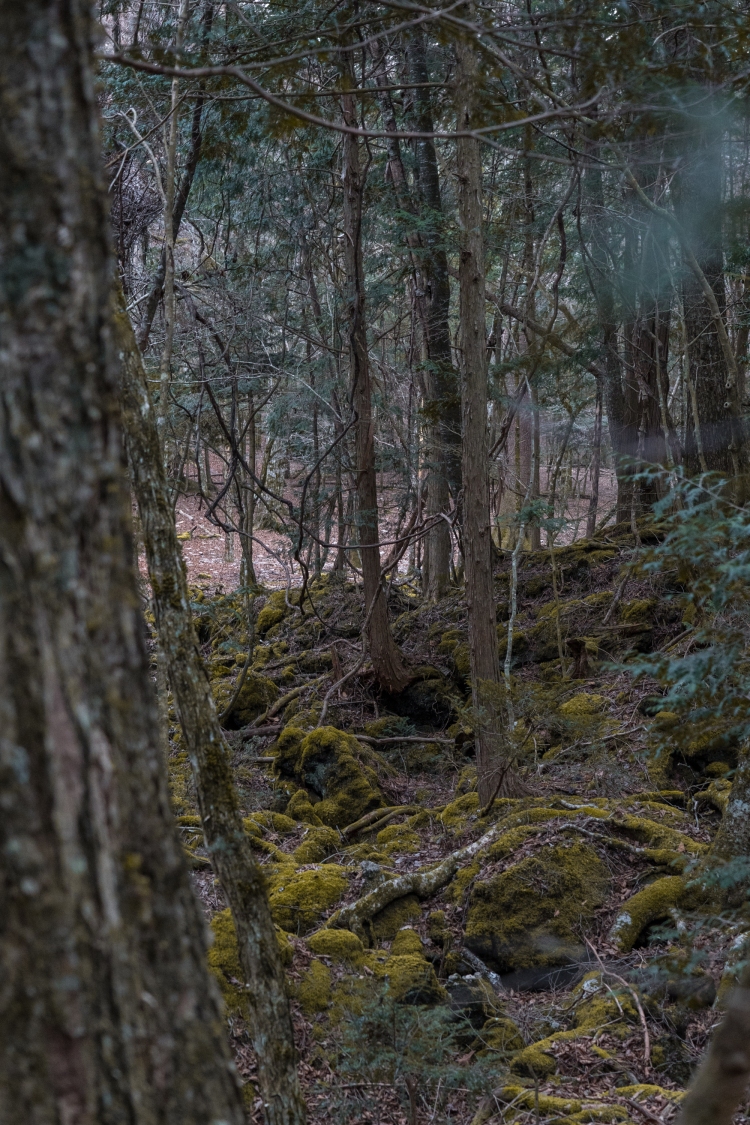 In recent years, two parallel arguments explaining why people want to die amid ‘The Sea of Trees’ have surfaced.

1.  They want to pass on successfully unnoticed.

2.  They seek to be reunited with those who have died there.

Of course, pop culture has had much influence too. In ‘Tower of Waves,’ a novel published by Seichō Matsumoto in 1960, the eventual suicide of the novel’s heroine in Aokigahara Jukai was glorified, idealised, and romanticized. The forest was also listed as one of the best locations to die in the 1933 best-seller, ‘The Complete Manual of Suicide’ by Wataru Tsurumi.

Knowing that, it is not unusual to see copies of these novels and manuals near bodies discovered by local rescue teams or the police. It is also not unusual to see long, extensive strings or tapes draping across the trees, which often act as a guide for those who might change their minds and seek a way out.

We did not find any bodies during the hike. 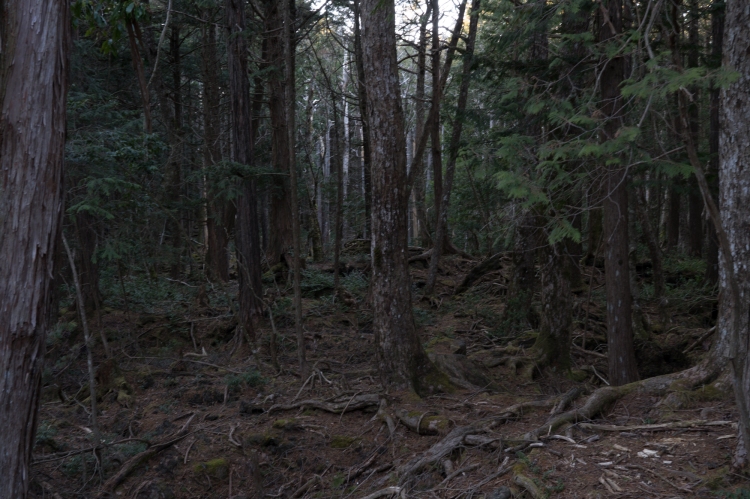